The National Park of Aigüestortes celebrates its 60th anniversary

Today, 21 October 2015 is the 60th anniversary of the National Park of Aigüestortes i Estany de Sant Maurici, the only national park in Catalonia, that in summer you can access with the Vall Fosca cable car.

The declaration of the first protected natural areas in Catalonia launched a long journey during which the recovery of the identity of the involved territories involved and the enhancement of their important heritage have become key to their management. The protagonists of the daily live of those villages and regions lived nature in a very different way from today.

These rich and complex territories have  discovered in their landscapes a new model of social, economic and cultural development. Those hidden and unknown mountains have led to extraordinary natural paradises such as the Pyrenees and particularly the National Park of Aigüestortes i Estany de Sant Maurici, which are visited by thousands of people every year. 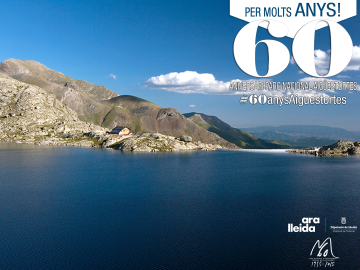